I’m on a mission and I’m in full throttle now. My little red car has turned into a Christmas billboard with written across the back window. Yes, I’ve decided to trek off to work everyday on the public highways with a message that seems to offend people.

At stop lights, I even turn my music up a little louder, and to top it off, I sing along with it. Don’t I know that stopping at a red light to roll my windows down only to share the joy of Christmas carols on public streets is a No-No? Don’t I fear the Christmas Gestapo and those who would have me remove the written message from
my car?

I’m sorry folks, but the only person I’m concerned about “offending” during this Christmas season is the Lord himself.

We’ve allowed the Baby Jesus to be kicked out of His lowly manger, and those offended by Christmas are still not happy.

I refuse to let this happen. I’m going to do my part to make sure doesn’t become extinct. Because like it or not, if the believers in Christmas don’t take a stand now, it’s gone forever.

Listen folks, the Christian community has been underestimated before; we will have to show ourselves again.

I walked into a Wendy’s Restaurant the other day and was rather exuberant with my greeting to the manager. He didn’t have much of a response and I said, “Where’s your Christmas spirit?” He said, “We’re not allowed to use the words when greeting customers. We can only say “Happy Holiday.”

This morning I grabbed a quick breakfast at a Whataburger Restaurant. I noticed there wasn’t a single decoration in the store. I asked the manager why they weren’t decorated for Christmas. He told me the corporate headquarters decided not to send any decorations to any of their stores, and he didn’t know why.

After I heard about all the Macy’s and Federated Stores taking down their signs, the Target stores not allowing the Salvation Army to “Ring the Christmas bells,” and the many incidents of children, choirs, and bands not allowed to play or sing Christmas carols, I realized it was happening right here in my own little Texas town.

How can this be? Not Texas!

We do, however, have a store, Hobby Lobby, that plays nothing but Christmas carols during the season. On Christmas Day they run a full page ad in our local newspaper. That ad is not to promote the store, but uses the entire page to tell the story of Jesus’ birth. Now that’s taking a stand. We need to thank them.

“We Wish You a Merry Christmas”

– I was saddened to hear “We Wish You a Splendid Holiday.”

I know now that it’s just a matter of time till the greetings will be gone. Look around your town. Notice the “Holiday” greetings and not “Christmas.” It’s happening right before our very eyes.

Start singing the songs; go down the streets of America singing to your heart’s content. Get some of those wash-off markers that these kids use to write on their car windows when they’re rooting for their hometown football team. It’s easy to do, and if a torrential rain washes it off, write it on there again.

We’ve got to get this message out.

Sing it, speak it, be a billboard for our Lord.

The story of this “Baby Jesus” alone has brought about more goodwill at this time of year than any other day we celebrate. How can we sit back and allow Him to be snuffed out of our lives?

Is it Jesus, or is it His followers that the “offended” don’t like? What kind of revulsion galvanizes one to campaign so vehemently against the mere mention of His name, the mere singing of a carol, or the mere visual of a sign that says

I can listen to my own boss at work use some of the vilest words and follow up with, “Excuse my French.” I may cringe inside at his damning of God’s name, but I tolerate it. So if you don’t like me wishing you a Merry Christmas

I’ll say, “Excuse my joy.” You may cringe that I celebrate the birth of Jesus, but just tolerate it.

I cannot be concerned that offends you. If I’m not careful, the day will come when saying I’m a Christian will offend you.

I’m offended that you’re offended. How about that?

When we get to a point that we can no longer take part in a tradition we hold dear, we have no choice; we either defend that tradition or we give it up to those who say NO. That’s it . . . period. So, which will it be?

I’m not giving up my joy to anyone. If I know of someone that celebrates another holiday during this time of year, I will be glad to wish them whatever holiday they want. Just tell me what it is and I’ll shout it to the world and wish you a grand celebration.

Just give me Christmas. To you merchants: Stop being so hypocritical and “filling your tills” on the back of Jesus! Who do you think is the symbol of giving at this time of year? It was the wise men bringing gifts to the newborn Christ-child.

You want your coffers full, but have ordered your employees to take down all the signs. If that’s the case, I’ll buy gifts at a place that understands my joy.

If you’re worried about offending someone, you just did. The most recent Newsweek survey shows that 82% of Americans believe that Jesus is the Son of God. So, in trying not to offend a few, you’ve offended many.

It’s okay to jump into the spirit when it fills your cash register, but let’s call it something else . . and don’t stop giving . and don’t stop buying. . . we’ll just change the name and you’ll never know the difference.

I know the difference and I’m feeling it greatly. It’s hard not to be aware that townships across our country have actually banned the singing of Christmas carols because it might offend someone. And it’s not just the religious songs; it’s the secular ones too. No more “Jingle Bells” or “Rudolph, the Red-Nosed Reindeer” because they’re associated with Christmas. Boy, aren’t we getting sensitive?

If we’re not celebrating Christmas for the hope it gives with the birth of our Savior . . . there is no hope!

If we try to make everything right for everyone, we won’t have anything for anyone.

May you always have Christmas in your heart! 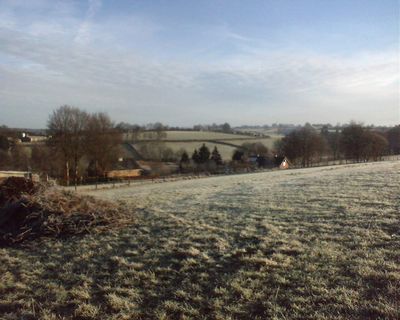